Innovation Award. Biostop has been recognized with the Honorable Mention in the Food Safety, Hygiene and Quality category of the first Edition of the BTA Innova Awards 2015. 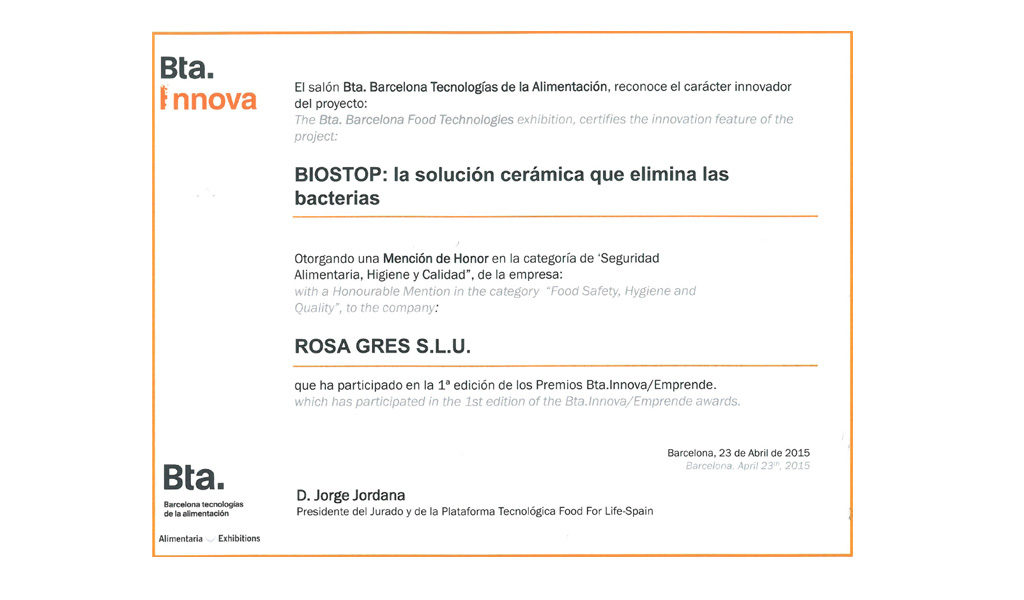 We are very proud to announce that BIOSTOP received one of BTA’s Innovation awards (BTA Innova). We participated in the Food Safety, Hygiene and Quality category. The awards were granted on Thursday afternoon, April 23, during the celebration of the trade fair.

This is the first edition of the BTA Awards. Originally, 2 big groups were created: BTA Innova, with 4 categories, and BTA Emprende, with 1 category. Given the quality of the presented projects, the team in charge decided to innovate on the concept of the competition itself by adding 2 Honorable Mentions. The Honorable Mention in the Food Safety, Hygiene and Quality category was for our Biostop, the ceramic solution that eliminates bacteria. 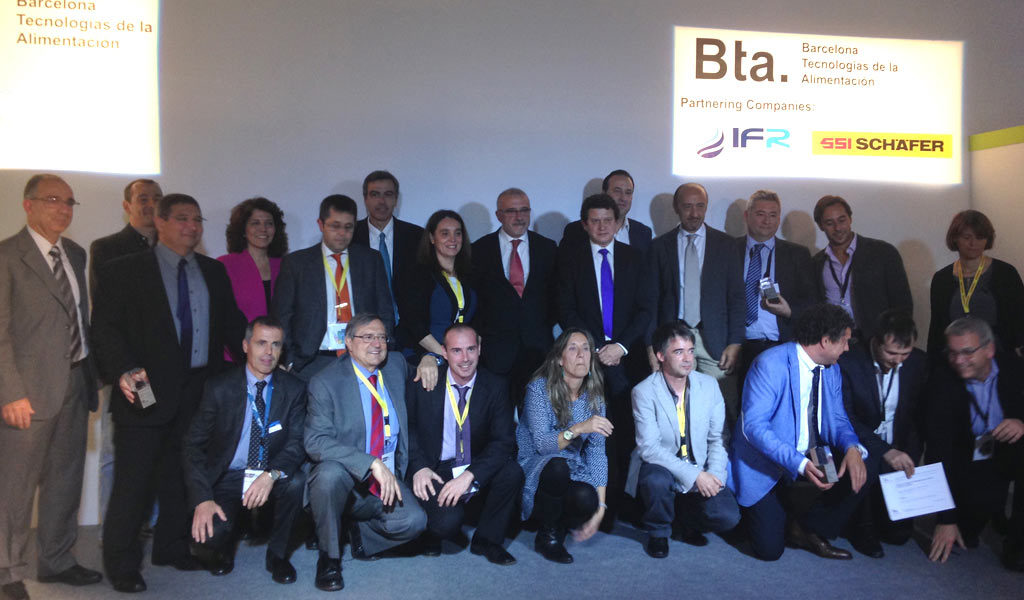 This recognition made us feel especially excited and satisfied. The Jury of the BTA Awards consisted of experts and industrials of the sector that studied each proposal in depth. And we know it wasn’t easy to decide which project to award, which is why this Mention is so much more valuable to us.

Many thanks to the whole BTA team. At Rosa Gres we will keep on innovating because we think that if the industry innovates, it can contribute to improving the lives of many people.

And to finish this post, from here we want to do homage to the two people who conceived the BTA Awards and that unfortunately aren’t with us anymore. Fate had them take the Germanwings flight that never made it to Dusseldorf. During the awards ceremony, a heartfelt tribute was paid to Victor Pasqual, director of BTA and creator of the awards, and to Ana Cantos, assistant director of BTA.

We use cookies to improve your experience on our website. You must confirm that you have read and accepted the information presented by clicking on ACCEPT. You can configure or reject its use by clicking on "Setting". For more information about cookies, please visit Cookies Policy

This website uses cookies to improve your experience while browsing the website. Outside of these cookies, the cookies that are classified as necessary are stored in your browser, since they are essential for the operation of the basic functionalities of the website. We also use third-party cookies that help us analyze and understand how you use this website. These cookies will be stored in your browser only with your consent. You also have the option to opt out of receiving these cookies. But the voluntary exclusion of some of these cookies may affect your browsing experience.
Necessary Always Enabled
The necessary cookies are absolutely essential for the website to function properly. This category only includes cookies that guarantee basic functionality and security features of the website. These cookies do not store any personal information.
Non-necessary
Cookies that may not be particularly necessary for the website to function and are used specifically to collect personal data from the user through analysis, advertisements and other embedded content are called unnecessary cookies. It is mandatory to obtain the user's consent before executing these cookies on their website.
SAVE & ACCEPT